August is a busy time for events all over the country, especially in a city like Manchester. Manchester Events City & Manchester Central are the base for all Manchester’s great exhibitions and events, big and small which attract hundreds of people each day and make it a place like heaven for our promotional staff. 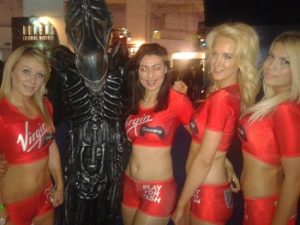 One of its biggest upcoming events that Manchester Central will be holding is the MCM Comic Con. This event is calling out to all big Sci-Fi fans, gamers, comic collectors, movie buffs and anime enthusiasts. This event has attracted the likes of Universal Studios, Twentieth Century Fox, Manga Entertainment UK, NEO Magazine and Marvel Comics, who all invite VIP guests to promote latest products, movie production or film production. Manchester Central will be welcoming the TV stars Warwick Davis and Peter Davidson to the event this year.
Being one of the largest Comic Exhibitions, this has attracted people from all over the world making Manchester Central a leafleting and lead generating hot spot. We have a huge selection of experienced lead generators and leafleters who will engage with visitors, gain sign ups and collect details from the visitors at the exhibition for you to use. 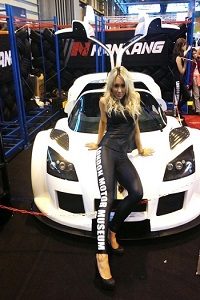 UK classic cars will be on the scene at Manchester Event City this September which will be packed with motoring icons going back to the 50’s and 60’s all the way to the 80’s and 90’s. This show is ranked at the very top of the classic car shows in the country. With live rally action, classic cars of all ages, trade stands and hundreds of exhibitors at the event it goes without saying, the turn out for this event will be huge.

This event is a place for our skilled data capture staff to work their magic. Our data capture staff will gain accurate leads and will be kept focused on the task in hand. All data collected can be used for your sales guys to contact which will ensure your business keeps growing.